What does the red light in red light therapy actually mean? Red Light refers to the wavelength of 600 ~ 700 nm in the Sun can cause the human retina to be induced to red light waves.

In Biomedical Photonics, Red Light has been widely used in clinical practice.

As a new treatment method, red light therapy has been paid more and more attention. Some countries begin to study and use it in the clinic.

In the past 10 years, all kinds of red light therapeutic instruments have been put into the market, hospitals, homes, and have gained many successful experiences in the fields of dermatology, surgery, internal medicine, gynecology, and other applications.

Usually, we see the medical red light therapy instrument is composed of two wavelengths, light source wavelength is divided into 660nm and 850nm to adapt to different patients. 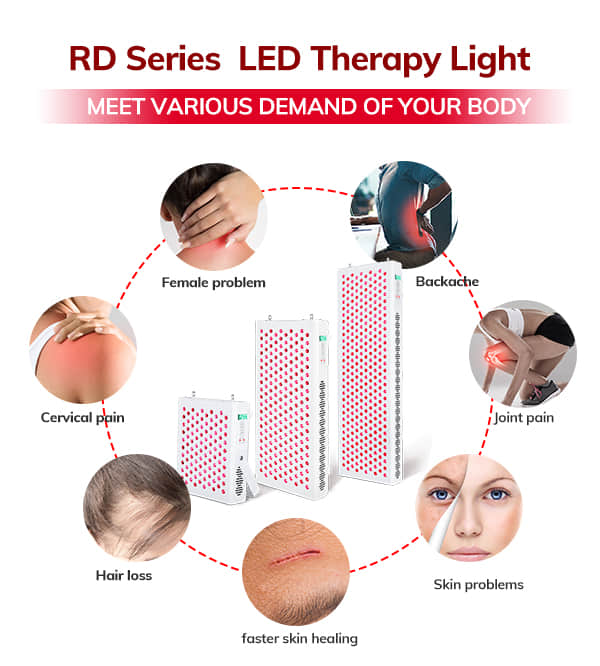 3, large light spot, for the treatment of large areas of disease to provide better treatment

4. No harm, no toxic side effects of the green treatment program.

The red visible light band of 600 ~ 700nm is obtained by the special filter, which has the advantages of deep penetration, good curative effect, Large Light Spot (several hundred times of He-Ne laser), uniform irradiation, and no burn-in clinical application.

It provides a better method for treating local or some large area disease.

The Mitochondria in the cells absorb the most red light, and after exposure to red light, the activities of various enzymes, such as Catalase and Superoxide dismutase, are stimulated, which can increase the cell metabolism and the content of Glycogen, increased protein synthesis and ADENOSINE triphosphate breakdown promote cell regeneration, healing of wounds and ulcers, and regeneration of damaged nerves.

At the same time, it also increases the phagocytosis of white blood cells, which reduces the content of Serotonin and acts as Analgesia, thus achieving the effects of anti-inflammation, detumescence, analgesia, and antipruritic.

The penetration depth of red light in human tissues is above 2.5 mm (about 3mm), which can directly affect lymphatic vessels, blood vessels, subcutaneous tissues, and nerve endings.

Irradiation with Red Light, red light is absorbed by cells and resonates with human tissues. A series of biological reactions, such as thermal effect and photochemical effect, can be produced through the cascade reaction.

Red Light can promote cell proliferation and growth, not only can enhance cell activity but also for immunocompromised patients have some improvement.

For example: In 2015, the Department of orthopedics at Bethune International Peace Hospital in Shijiazhuang explored the application of red light therapy in orthopedics,

and 187 patients who were treated with red light from January to December of the same year were selected to observe the therapeutic effect. The results are as follows: 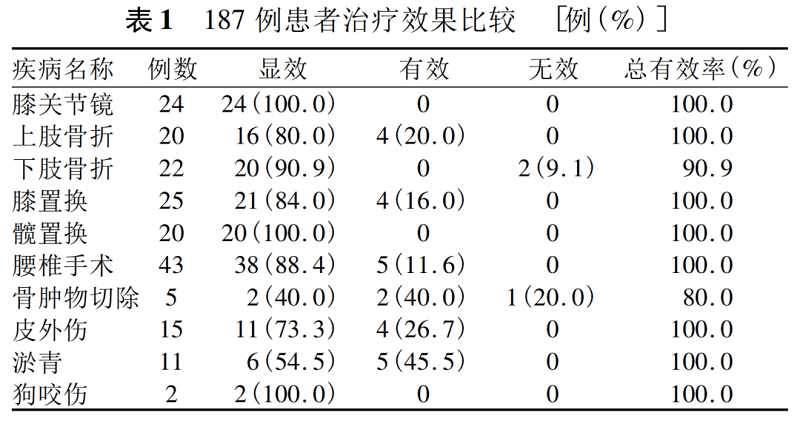 After local treatment with red light therapy instrument, most of the patients got a good curative effect.

In a short period of time, it can promote protein solidification, improve local blood circulation, improve the metabolic capacity of local tissue, and produce a series of benign reactions.

1. The range of indications is wide. To many Common Diseases All have the curative effect, can accelerate the wound healing, thus reduces the swelling, the antiphlogistic, the Analgesia;

2 Non-contact treatment. Generally do not use with human contact, to a large extent can avoid cross-infection;

3. Treatment of superficial Lumen. General with the treatment instrument with an optical catheter, ear, nose and throat, rectum, cervix, and other shallow cavity disease treatment, safe and convenient;

4. Adapt to a wide range of people. The elderly and children are easy to accept, no pain, patients with a light burden.

not directly to the eyes, but also to pay attention to avoid newborn and pregnant women’s abdomen, can not irradiation with artificial pacemaker patients. 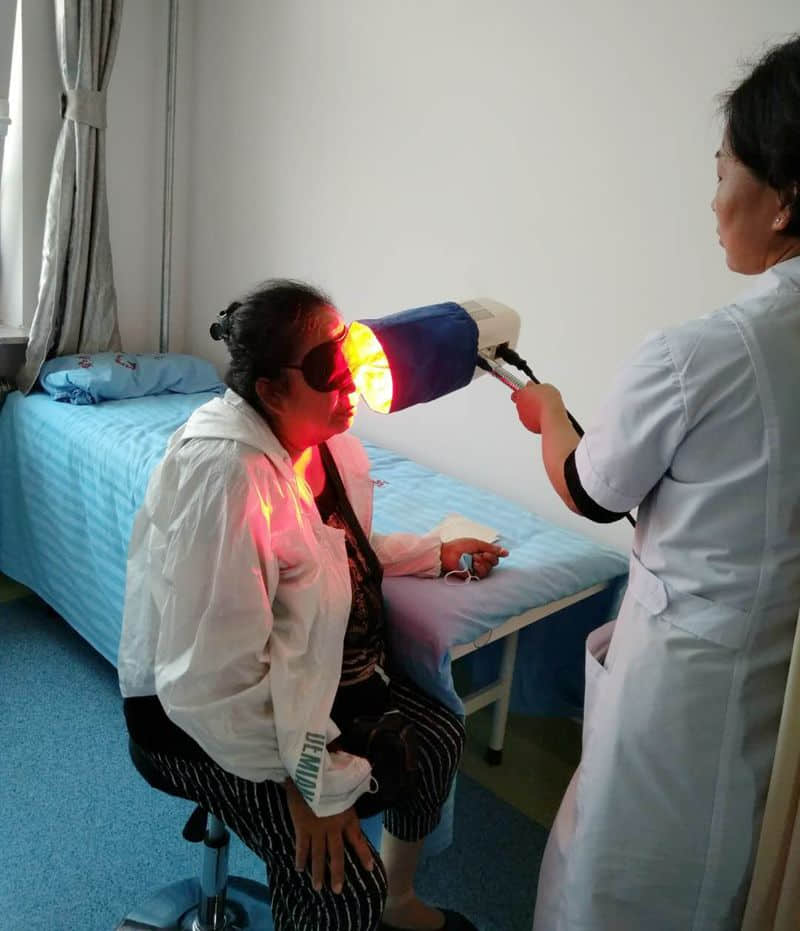 Next: How long does a red light therapy...